During my relatively brief (but intense) stint at New Relic, I overhauled the Infrastructure docs, updating and rewriting several key tutorials, such as Install the Infrastructure agent or Forward your logs. In total, I edited several hundred documents while at NR, including several docs in the Developers website. 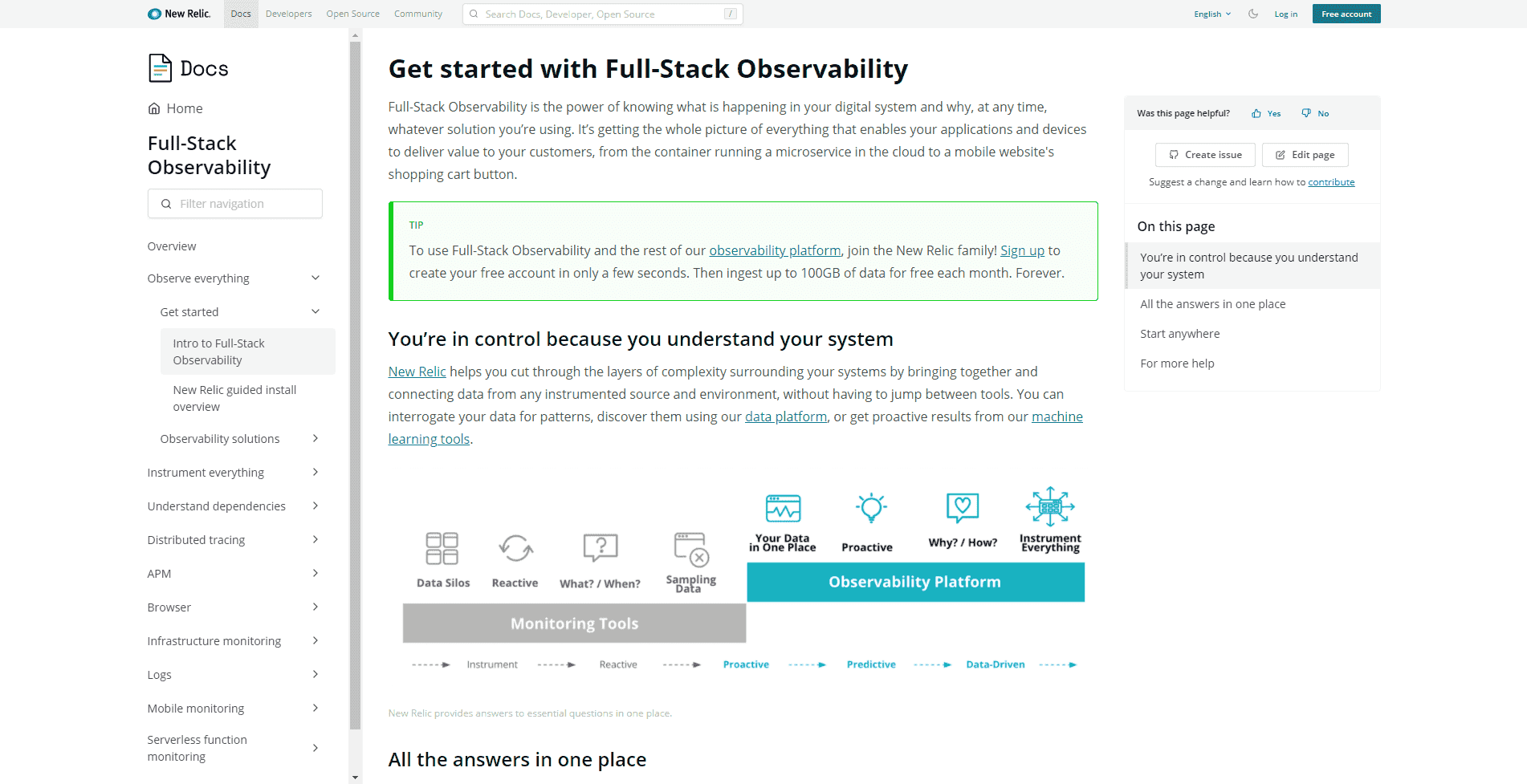 My guiding principle when authoring the docs was testing and understanding the software myself, from install to daily usage, to the point that I even wrote an Bash script to automate some of the steps in the docs. The script was approved by the development team and made it to the GitHub repo and to the Azure Marketplace.

I also supported Toby Minton with UX Writing for Infrastructure screens, like the setup screen and the step-by-step assistant for installing the infrastructure agent. My experience as a mixed tech/UX writer at New Relic led me to formulate a description of embedded documentation.

At New Relic, product language writers belong to the UX team, and usually specialize in either tech writing or UX writing. In my case, I settled for a 70/30 mix. I embedded myself to Infrastructure product teams and worked alongside them to identify use cases and documentation gaps.

Read more about my work at NR in the New Relic Tech Blog.